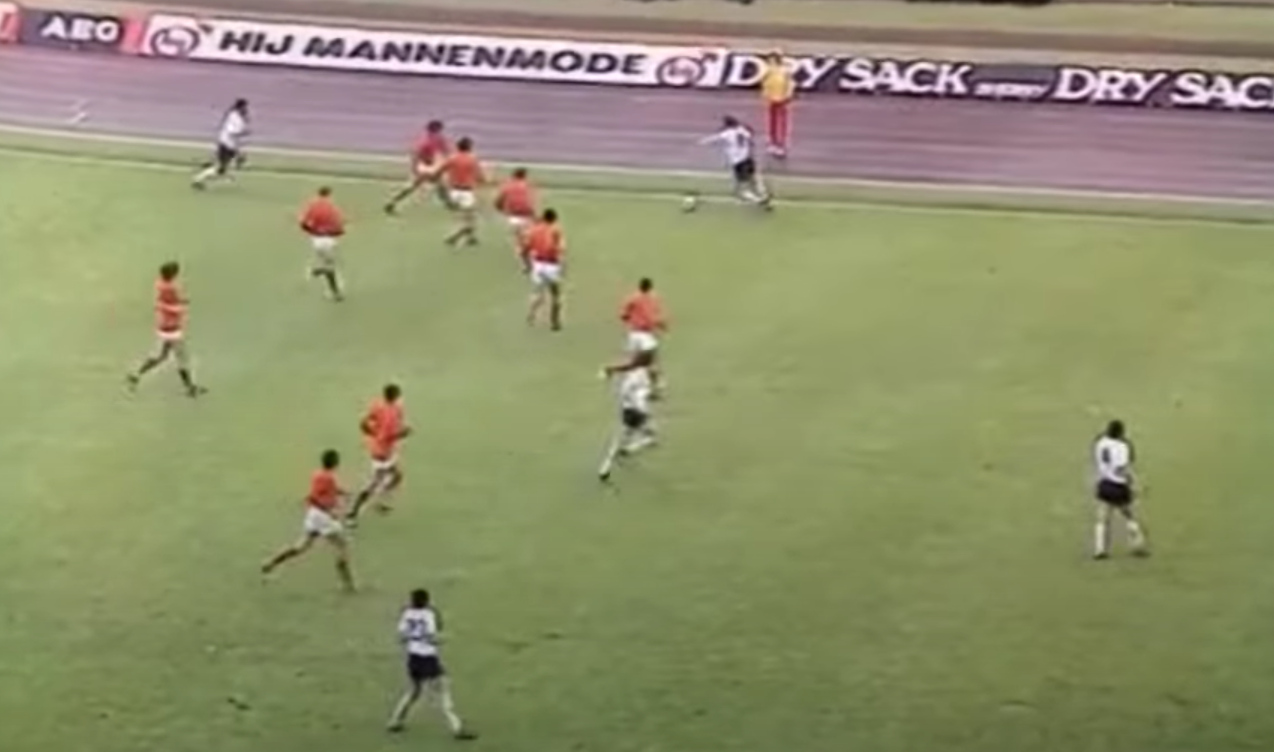 The concept of counterpressing is being used more and more by coaches and analysts. In short, it is a strategy that is applied in the defensive transitioning phase. After losing the ball, the whole team aggressively presses the player on the ball to win it back as fast as possible.

Counterpressing is certainly not something new. In 1974, the Dutch National Team, with the legendary coach Rinus Michels as the founder of Totaalvoetbal, applied an extreme form of counterpressing on the World Cup. The whole Dutch team chased the opponent that had the ball after a loss of ball possession, putting extreme pressure on the ball carrier. But counterpressing did receive more attention lately, among others because of the way Jürgen Klopp uses it with Liverpool and previously did with Borussia Dortmund.

The most important precondition for well-executed counterpressing is the structure when the ball is lost. With many players around the ball, it is much easier to immediately press than when the mutual distances between players are too big. By applying an overload around the ball in possession, this leads to a better chance to regain possession after a failed pass or dribble.

Another very important thing is the speed of the transitioning behaviour. When the ball is lost, not a single player should mourn the loss of ball possession. The focus should be on counterpressing as fast as possible. No time should be wasted.

On an individual level, players must learn to make the right decisions. Different options are pressing the ball carrier, blocking passing lanes, delaying the counter attack of the opponent or double-teaming from behind.

Last but not least, a counterpressing game requires a physically strong side. It takes a lot of strength and fitness to press the opponent everytime the ball is lost for 90 minutes.

Counterpressing is mostly seen as a defensive weapon. By putting pressure immediately after the ball is lost, the opponent has less time and space to create an effective counter attack.

At the same time, counterpressing is also a very good offensive weapon. Klopp even called it ‘the world’s best playmaker’ once. When the opponent regains possession, they’ll sprint forward with several players. When they lose the ball shortly after, their defensive organisation is much more chaotic. Counterpressing creates a so-called counter-counter.

Obviously, counterpressing is not the only possible strategy in the defensive transition phase. A coach can also implement a more defensive approach by trying to get the whole team as a unit behind the ball as fast as possible. In this strategy, there is less focus on winning the ball back and more on getting as many players between the ball and the own goal as possible.

A good drill to implement a counterpressing strategy is a 12v8 possession game Liverpool uses. Four large goals are involved with four goalkeepers on half a pitch. A team that wins the ball can score on each of those goals. 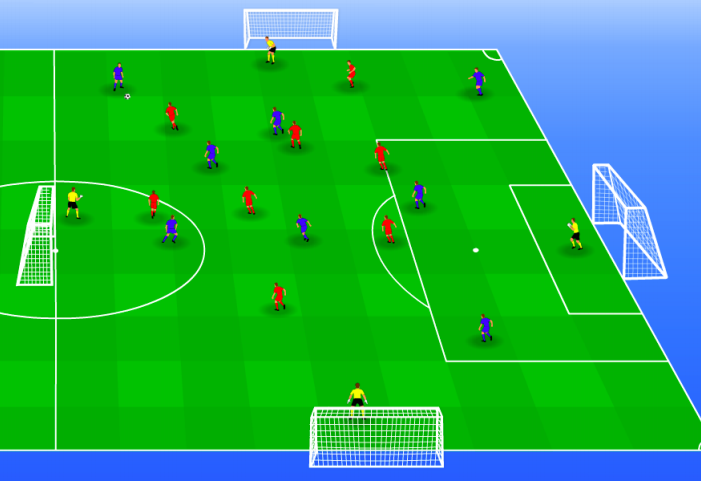