Guardiola explains how he optimally facilitated Messi at Barça 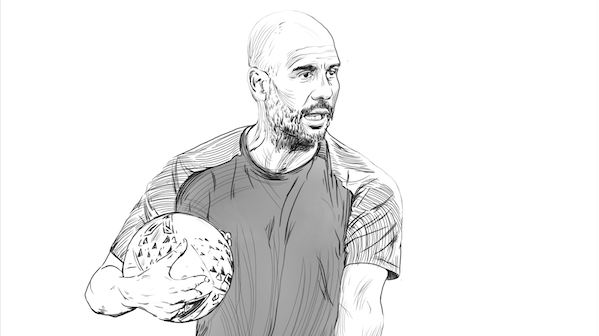 Pep Guardiola’s FC Barcelona was without a doubt one of the best teams ever. They combined an eye-pleasing style with efficiency and won three La Liga titles and two Champions League trophies. Their main star? Lionel Messi, obviously. In a presentation in Argentina, Guardiola explained how he facilitated Messi in an optimal way.

‘I can tell you anything about building-up from the back, the defensive tasks of the forwards, or our rotating midfield. But I am in Argentina, so I’ll talk about your favorite player, Lionel Messi.’

‘Here (showing clips, red.) we play 4-3-3 with one defensive midfielder. Messi plays on the right side, but we move him inside. Why? To create more central options for good positional play. With more players in that area, it becomes easier to break lines.’

‘Another reason to move Messi inside is that I want him to participate in the game. In this match, with his young age, he was already one of my best players. For that reason, I wanted him inside, not on the wing.’

‘Sometimes, this means you play in tight spaces, and as a consequence, you lose the ball. But when that happens, you have a lot of players around the ball, so you can play counterpressing. To execute this defensive transition phase well, this central structure is really important.'

‘You can see the opponent using man marking within their 4-2-3-1 formation. At the back, we have a 2v1 overload against their striker. We let one of them dribble into midfield. A midfielder of the opponent has to put pressure on him and therefore, we have a free man in midfield.' 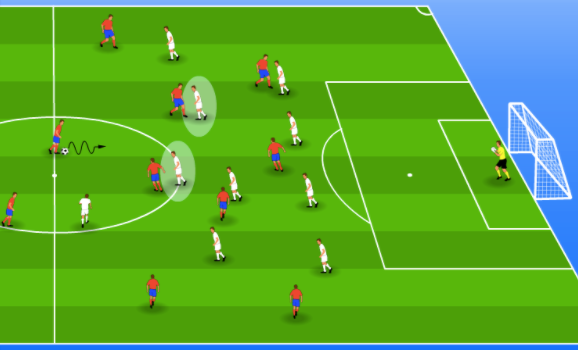 ‘To create a central overload, Messi moves inside from the right flank. But you can see that their left fullback keeps marking him closely. This creates space for our right fullback to run deep, but their left forward keeps following him, too. As a result, you see Messi moving back to the wing. He receives the ball, but not in the area we’d like him to.’

‘That’s how I got an idea. What if he moves to the same zone from a striker position? Will one of the central defenders keep following him? If they do, they'll create a huge gap in the defensive line.' 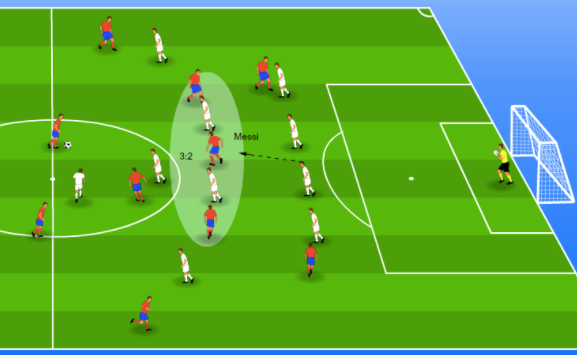 ‘Our opponents made a tactical decision: apply man marking on Messi when he plays from the right. As a result, I did a countermove: play him as a false nine.'

'The coaches of the opponent are smart too, so they instructed their central defender to mark Messi when he drops into midfield. Therefore, I came up with another countermove: our wingers started making a lot of off the ball movements in behind the defense. Villa and Pedro were very good at that.' 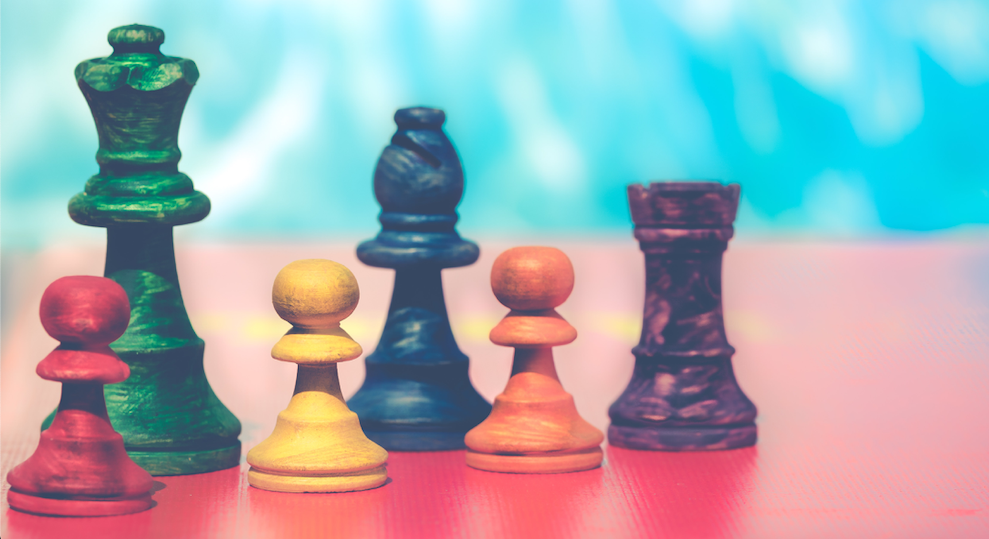 'It’s like a game of chess: you always try to think one step ahead of your opponent.’