Every once in a while, it can be really joyful to start a training session with a fun game. The objective is not necessarily to improve the football actions of the players, but to give the team spirit a boost. In this article, we sum up six exercises that are very useful for this purpose. 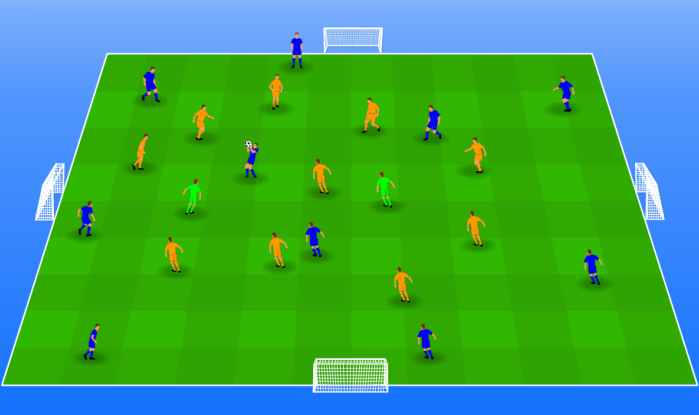 In this exercise, two teams of two players try to pass the ball over the back line of the opponent. The players have to find a good balance between accuracy and speed. 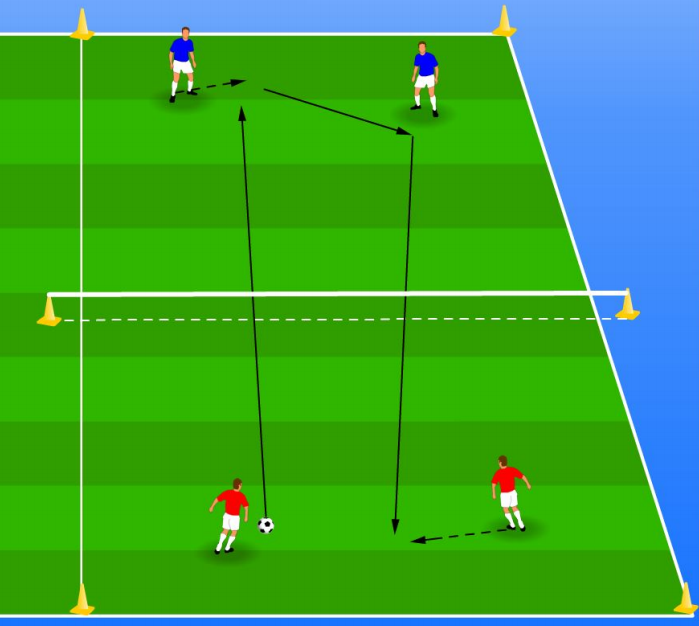 In this drill, the red player throws the ball towards the blue player. He purposely makes it difficult for the receiving player. Blue has to dribble through one of the two goals, red tries to prevent this from happening. In the video, some really nice first touches are shown. 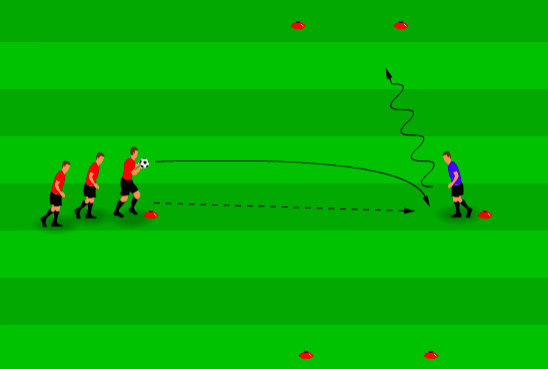 This game is played three against three, but can also be done two against two or, by adapting the rules, even one against one. The ball has to land in the other section. If it doesn't, the other team is rewarded a point. Every player can touch the ball only once (with teams of three players). 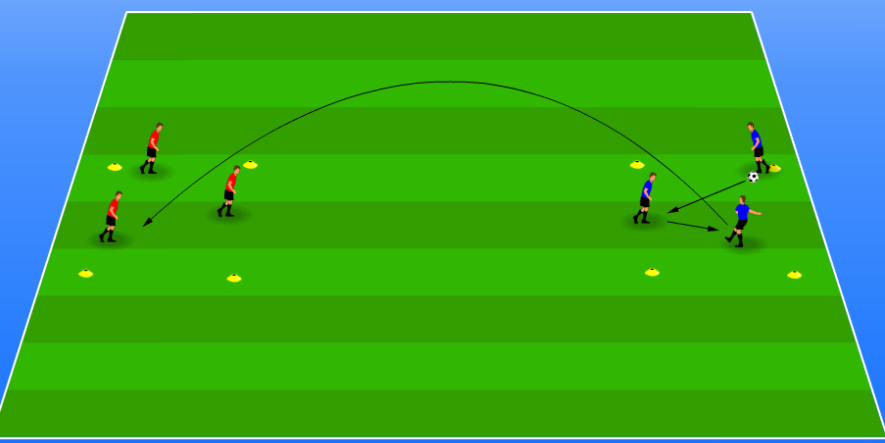