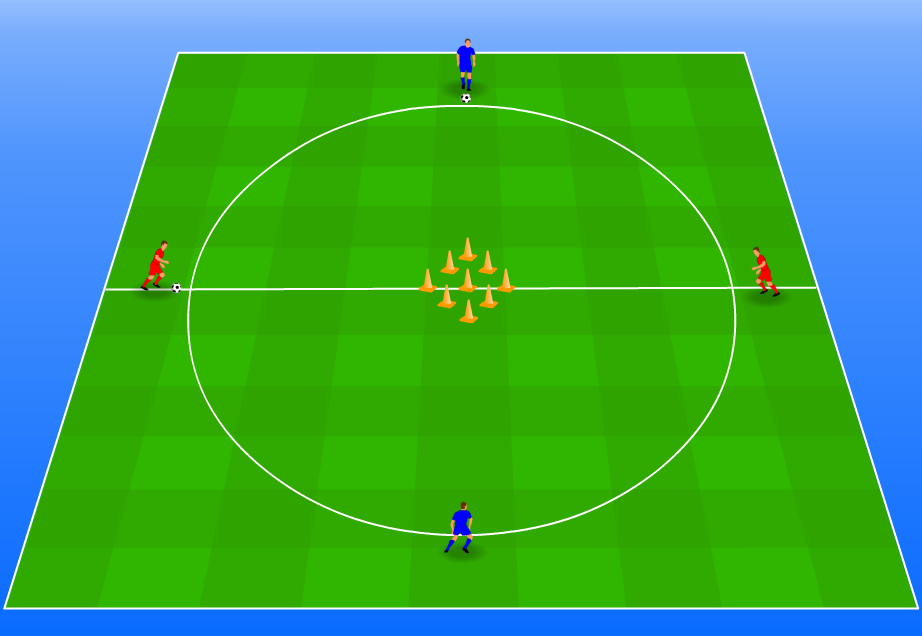 In some countries, training sessions are only allowed whit a maximum of four players, while remaining a distance of at least one and a half or two meters from each other. Which drills make it possible to execute purposeful training sessions within those restrictions? Five examples.

The blue team starts. One player passes the ball to the other and receives it back. With a one touch pass he plays a through pass into the highlighted area. The player who makes the deep run must score in the small goal with a one touch shot. When the ball makes its first move, a red defender may start. He sprints around the cone and tries to be in time to block the shot while staying at least two meters outside of the highlighted area. 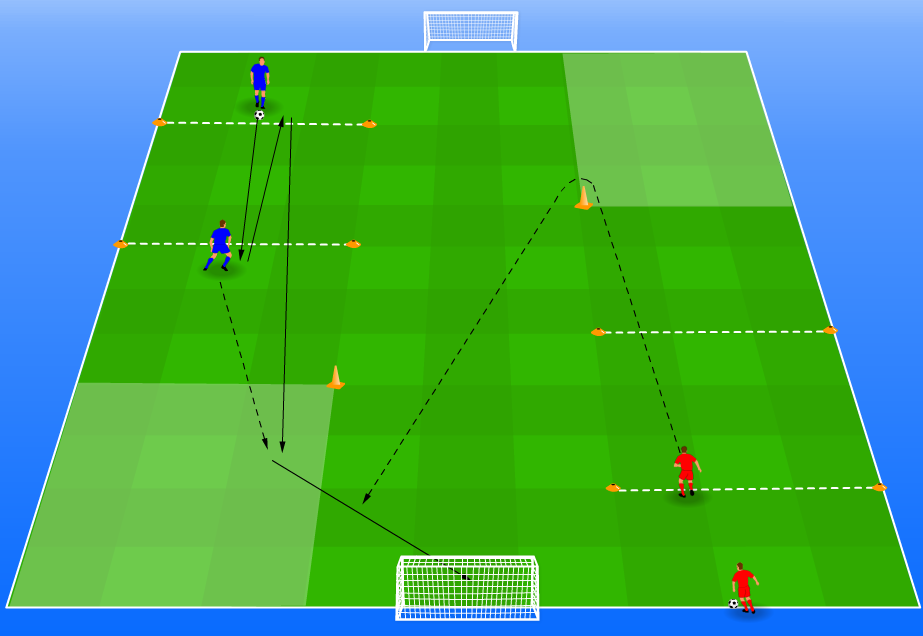 This drill is executed in the middle circle. Both teams work alternately. Blue starts and tries to hit as many cones as possible, with the objective to let them fall over. Then the red team gets a try. The first team to topple five cones (out of a total of nine) wins. Then players switch teammates and the drill starts again.

Blue starts with the ball. The starting player has ten seconds to get the ball at the feet of his teammate. The red player tries to prevent this from happening. When the other blue player receives the ball, he has a maximum of two touches to score in the small goal below. The red defender in front of the goals tries to block this shot. Passing through the air

Four players start in the corners of the field, in the highlighted zones, approximately 20 meters apart. Every square is three by three meters and has a large cone in the middle. A point is earned when the first bounce takes place in the square of an opponent. Does the large cone fall over, it rewards another point. The first team to earn five points wins. After that, players switch opponents. 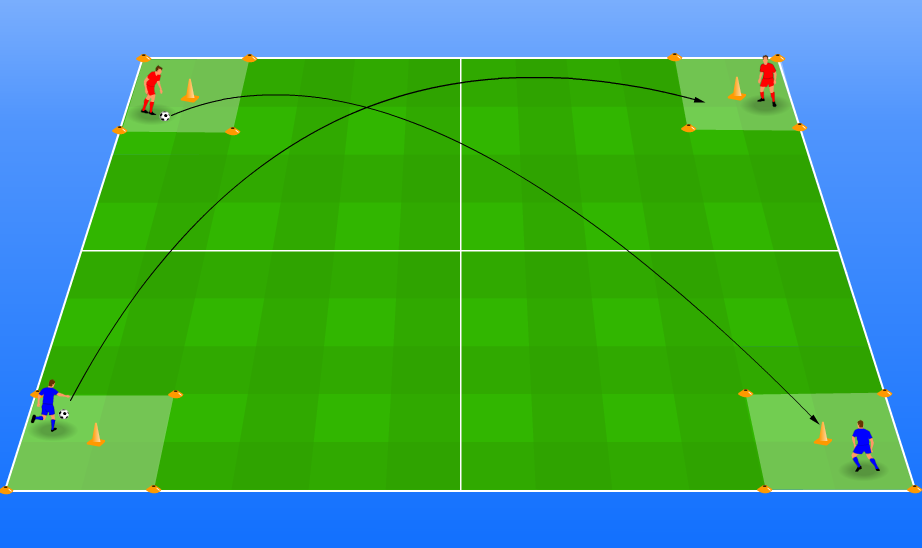 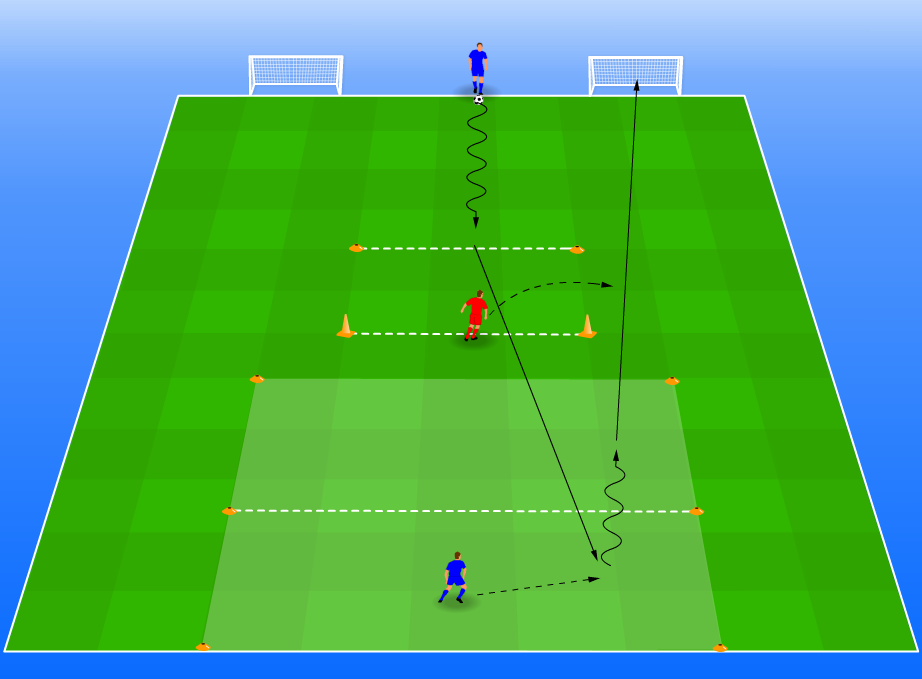