Every football action executed by a player consists of four characteristics of time and space. First, he takes a starting position to execute his football action. Then, he picks a moment for it. Next, he executes it in a certain direction. And finally, it takes place with a certain speed.

This all sounds rather theoretical, so let's dive into examples of two of the best football players in the past decade: Lionel Messi and Cristiano Ronaldo. Both for educational and fun reasons, let's use two of their trademark skills: Messi's through passing and Ronaldo's heading.

It's Messi, so he can play through passes from basically every position, but there is one he prefers: the right half space, on the opponent's half. When dribbling inside, teammates start their deep run immediately to receive in behind. This triggers the timing of Messi's passing. Or in other words, the moment of the pass. The receiver should still be in front of the offside line, but at the same time not too far away from it. When he passes, Messi chooses the direction and speed of the pass based on the location of the defensive line, the goal keeper and the receiver. We all know the most common result: a kick-off for the opponent.

Ronaldo can play a decent through ball too, but it is not so much his trademark skill. Heading is one of them. Moreover, it's not only the heading part itself, but the jumping part too. In front of goal, he choses a certain starting point for the jump. The cross triggers the timing of it, as well as the direction and speed, which are also influenced by the position and body orientation of the defenders and the goalkeeper.

Not only the jump consists of the four time and space characteristics, the header does too. There is a position, a moment, a direction and a speed that for the biggest part defines whether or not the header results in a goal. (And of course, the defenders and the goalkeeper also have an influence.) 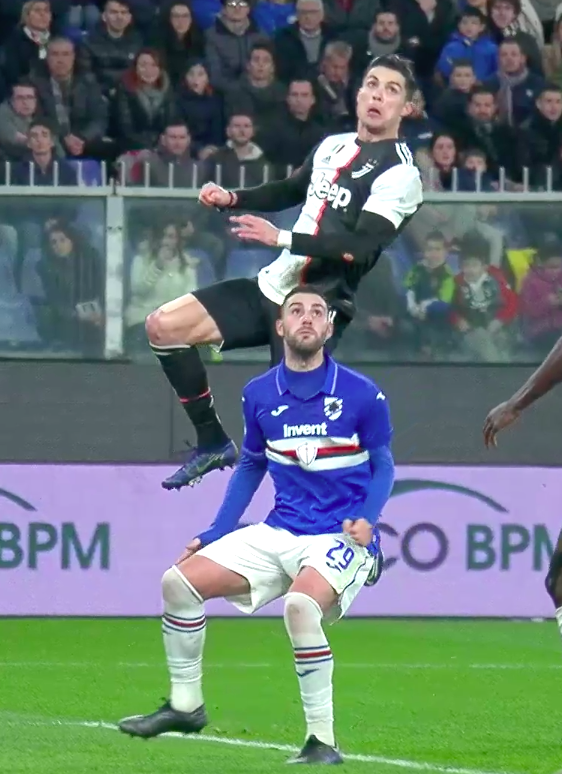 In a similar way, the cross towards Ronaldo defines the timing of his jump. And as a result, his header decides the position, moment, direction and speed of the dive of the goalkeeper, with the objective of making the save.

This makes a football match a chain of football actions, where teammates and opponents constantly influence each other's behavior. This is exactly what makes the game of football such a complex sport.

How to apply this information, you wonder? By using the four time and space characteristics, you can be much more specific in your coaching towards players. Let's discuss some examples.

When developing a training session, or when coaching one of your players, those four characteristics provide structure and clarity for your players.